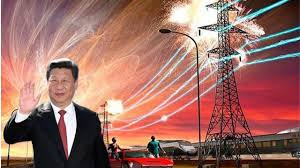 The U.S. spent decades, and billions of dollars, supposedly preparing for biological warfare. The Centers for Disease Control and Prevention, the National Institutes of Health, and the departments of Defense and Homeland Security are supposed to have contingency plans to protect the American people from lethal biological weapons such as anthrax and genetically engineered smallpox, which could have mortality rates of over 90 percent.

But our defenders have not even been able to competently cope with COVID-19, which has a mortality rate under 1 percent. The White House took over management of the pandemic, apparently to compensate for the failure of the U.S. government to have adequately stockpiled such basics as ventilators, masks and pharmaceuticals.

Hostile foreign powers surely have noticed the panicked, incompetent U.S. response to the virus that shut down a prosperous U.S. economy, self-inflicting the worst economic crisis since the Great Depression. The nationwide lockdowns brought shortages of all kinds, exposing societal and critical infrastructure fragility — and causing widespread fear.