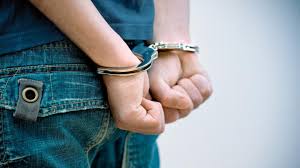 At a parade in Switzerland, fake money was thrown around for children to collect.

The obviously fake cash is called "spirit money." Featuring Chinese symbols, it is meant as an offering to the dead so they can prosper in the afterlife.

An eight year old Swiss boy later asked a shop clerk if he could use the play money to buy candy. To be clear, the kid did not try to trick the shopkeeper, or pass off the money as real.

A normal person would laugh, and politely explain that only central banks are allowed to use fake money.

Instead, this shopkeeper opted to call the police.

Again, a reasonable officer could have stopped it all there.