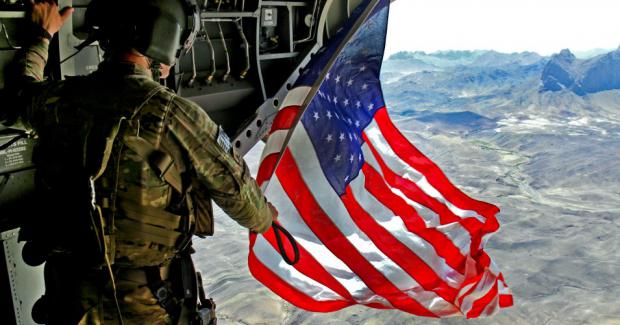 The move was welcomed in some circles and strongly criticized in others, but many observers were also bemused by the announcement, noting that Donald Trump had previously ordered a reduction in force in Afghanistan and a complete withdrawal from Syria, neither of which has actually been achieved. In Syria, troops were only moved from the northern part of the country to the oil producing region in the south to protect the fields from seizure by ISIS, while in Afghanistan the nineteen-year-long training mission and infrastructure reconstruction continue.

In a somewhat related development, the Iraqi parliament has called for the removal of U.S. troops from the country, a demand that has been rejected by Secretary of State Mike Pompeo. Put it all together and it suggests that any announcement coming from the White House on ending America's useless wars should be regarded with some skepticism.

The United States has its nearly 35,000 military personnel remaining in Germany as its contribution to the North Atlantic Treaty Organization (NATO), founded in 1949 to counter Soviet forces in Eastern Europe in what was to become the Warsaw Pact. Both the Organization and Pact were ostensibly defensive alliances and the U.S. active participation was intended to demonstrate American resolve to come to the aid of Western Europe. Currently, 75 years after the end of World War II and thirty years after the fall of communist governments in Eastern Europe, NATO is an anachronism, kept going by the many statesmen and military establishments of the various countries that have a vested interest in maintaining the status quo. Since the demise of the European communist regimes, NATO has found work in bombing Serbia, destroying Libya and in helping in the unending task to train an Afghan army.