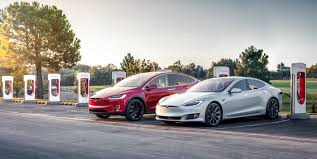 Battery capacity (and range) degradation over time or distance traveled is one of the several main concerns in terms of electric cars. About 10 years ago, no one really knew how those new EVs would cope and some models were clearly underperforming (for various reasons).

Today, we will take a look at the official data from Tesla, which is extremely valuable because the company already has the most experience (in terms of the number of all-electric cars sold globally).