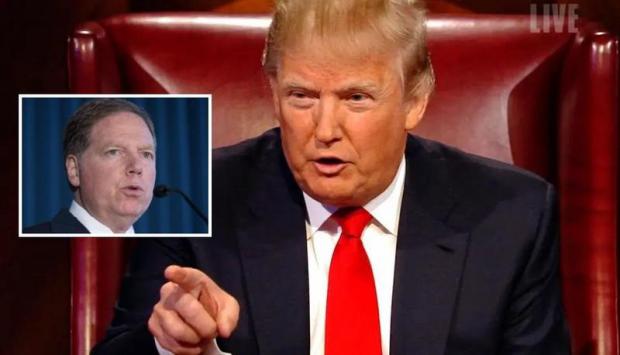 Per a Saturday letter from Attorney General William Barr in which he accuses Berman of choosing "public spectacle over public service," Barr writes: "Because you have declared that you have no intention of resigning, I have asked the President to remove you as of today, and he has done so."According to Rep Don Beyer (D-VA), AG Barr "rushed so quickly to do damage control after being caught in a lie and an act of blatant corruption that he didn't inform the Judiciary Committee Chair," adding "What are they trying to cover up? This will not end here."

Geffrey Berman is refusing to step down as US Attorney for the Southern District of New York after Attorney General William Barr asked him to resign, according to Bloomberg.

"I learned in a press release from the Attorney General tonight that I was 'stepping down' as United States Attorney," said Berman, adding "I have not resigned, and have no intention of resigning, my position, to which I was appointed by the judges of the United States District Court for the Southern District of New York.

"I will step down when a presidentially appointed nominee is confirmed by the Senate... ...Until then, our investigations will move forward without delay or interruption."