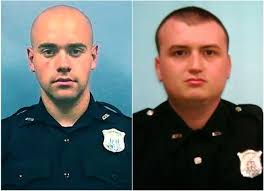 Apparently, the department received enough complaints claiming cops were just walking off the job that its social media department had to tweet out a clarification: "The department is experiencing a higher than usual number of call-outs with the incoming shift. We have enough resources to maintain operations and remain able to respond to incidents."

The department is currently operating without a full time police chief since Erika Shields resigned in the wake of the Brooks' fatal shooting, despite the praise she received for her handling of the George Floyd protests.

Earlier on Wednesday, Fulton County District Attorney Paul Howard announced 27-year-old Garrett Rolfe, who was fired Saturday after shooting Brooks twice in the back during a scuffle outside a Wendy's restaurant, will face felony murder and 10 additional charges, and could receive the death penalty if convicted of the murder charge. Devin Brosnan, 26, the other officer who responded, will face three charges, including aggravated assault, and will testify against Rolfe.