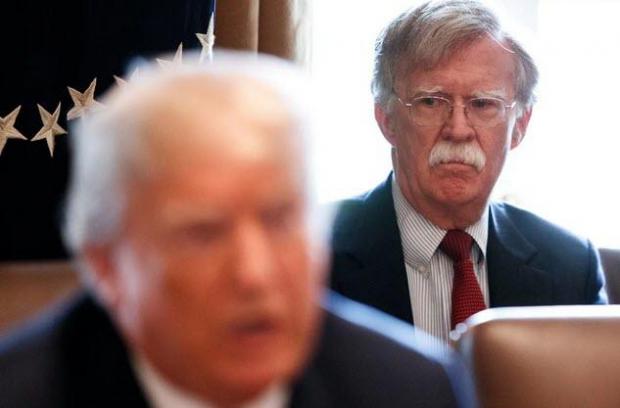 Submitted by Michael Every of Rabobank

Excuse the repeat pun today, but there was no need to publish in Australia to avoid the Official Secrets Act: just leak the contents to journalists and, hey presto, the Bloomberg headline (so far) is "Book of Bolton". Which, it must be said, lands some heavy blows on this US president. The particular hits the media are flagging are that Trump allegedly pleaded with China's Xi Jinping to help him get re-elected, and was fine with re-education/detention camps in Xinjiang.

On the re-election, was there anyone who did not think the US-China trade deal was anything but a re-election platform, either if it was adhered to ("So much winning!") or if it were broken ("CHINA!")? That is how (geo)politics works, warts and all. On Xinjiang the irony is that Trump just signed into law the Uighur Human Rights Act, which requires the imposition of US sanctions on Chinese officials. Beijing's reply? "Strong indignation and firm opposition"; a call that the US must "immediately correct its mistakes" and stop using this law to "harm China's interests and interfere in China's internal affairs"; and "unless the US corrects itself, China will resolutely respond."

Crucially, how do Democrats (and Republicans) who might have wanted to pivot back to China in a post-Trump era square the circle above? Whatever one's take on the Book of Bolton, this marks another step deeper into US-China Cold War – unless the meeting in Honolulu between US Secretary of State Pompeo and China's top diplomat Yang Jiechi went exceptionally well. Did they touch on the US sanctions that are also looming over Hong Kong, or legislation just proposed that would target the US green cards of Chinese CCP members?

Against a backdrop of geopolitical risk off, also consider this quote: "The explosive sound of justice that will continue to come out could go far beyond the imagination of those who make a noise about what could unfold." No, it's not Antifa, but North Korea's state press. How about this one? "Our military's patience has run out. The military's announcement that it is mulling a detailed military action plan should be taken seriously." No, it's not a Republican senator, it's North Korea again. Yes, Pyongyang exports more rhetoric than any other product, and of the same low quality, but things are heating up – and neither Trump nor Denis Rodman are welcome as interlocutors.

After the serious heat on the India-China border this week, both sides are literally digging in: Indian press reports China has brought in hundreds of new soldiers and heavy construction equipment, while India is building its forces and an access road. The clash has already prompted serious economic fallout: India has banned China's Huawei and ZTE from providing equipment to state-run telcos and may also prohibit private mobile firms from using them. They currently hold a 25% market share.