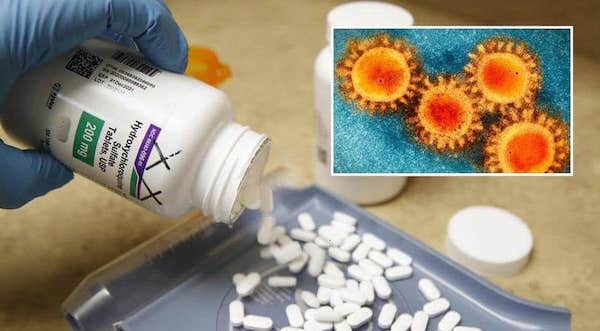 International Man: The Lancet recently retracted an anti-hydroxychloroquine study, which the media had used to attack Trump.

The bottom line is that bogus research made its way—likely deliberately—into one of the most prestigious peer-reviewed medical journals in the world. People then used this "science" as a political weapon.

What is your take on this?

Doug Casey: I'd say the whole charade is tragic, except that "tragic" has become the most overused word in the language today. It bears a short discussion.

Look at the recent death of a small-time career criminal, George Floyd. It's as if "tragic" were part of his name. It's as if people no longer understand the meaning of the word. A tragedy used to mean that a heroic protagonist succumbed to a cosmic force. There are no heroes in the degraded melodrama, just villains, where a costumed thug murdered a street thug under the color of law.

Sorry to go off on a tangent. But it's a timely instance of another word whose meaning has been twisted. It's Orwellian, like so many other things in our devolving society.

Let's talk about something that's actually tragic: the corruption of science over the last couple of generations.

I've subscribed to Scientific American, Discover, and New Scientist  for many years. During this time, I've noticed a distinct change in their respective editorial policies. They've all been politicized, captured by the PC left. These popular magazines are nowhere near the quality they once were. But this is just symptomatic of a bigger problem.

You might recall the 2018 hoax where three academics, disgusted with widespread incompetence and dishonesty in research, submitted absurd "spoof" papers to twenty leading journals. They were written in gobbledygook, full of made-up facts and flawed reasoning. But most, as I recall, were peer-reviewed and published.

If you research the subject a bit, you come to the conclusion half the peer-reviewed papers—absolutely in "soft" fields like psychology, sociology, political science, race and gender studies, etc.—are unreadable, dishonest, useless, and pointless.

Why might this be? If an academic wants to advance in today's university system, he has to publish research. It's Pareto's Law in action, the 80–20 rule. It's pretty reliable, 80% of this sort of thing is crap because it's written mainly to fabricate credentials, not advance knowledge.

This is a bad thing.

It's causing the average guy, who may not know anything about science but still has some respect for it, to lose that respect. That's because science has become politicized.

You can see it with the conflicting information about COVID-19. Is it deadly or just another seasonal flu? Does it affect everyone, like the black death, or mainly the old and sick? Does almost everyone who contracts the virus get very sick or die or only a tiny percentage? Should you quarantine or live normally?

So far, as near as I can tell, the great virus hysteria has gone from being the next black plague to basically a big nothing. It's not nearly as bad as the Asian Flu from the 50s or the Hong Kong Flu from the 60s. Forget about the Spanish Flu—there's no comparison whatsoever. The main effect of COVID isn't medical; it's the hysteria that's destroyed the economy. And political actions are even more insane than those after 9/11.