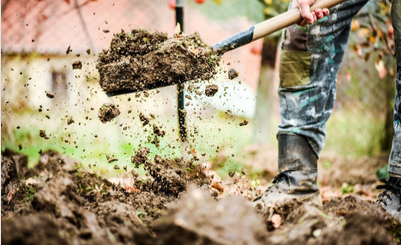 I am still realizing and finding out why certain things happened during events that occurred 20-30 years here in my region. I am actually pretty sure that I may not ever understand why exactly other things happened during violent events in 90s here while I am still alive. History works in slow ways, and what is more important, some parts of history stay hidden forever. In other words, we usually see history as a regular "line" that is a clear and straightforward chain of events, without too many nasty truths.

Some events or reasons for those events, or actions alone that led to events, do not exist for official history.

There are ways that you can access those "nuggets", or real historical events that never happened based on approved history.

Sometimes they are told to you by the witnesses or people that took part in the events. In that way, you can get bits and pieces of history, how it looked on the ground, and usually, you'll be shocked how "real history on the ground" is completely different from the official one, no matter what event or timeline we are talking about.

Sometimes you can find it, again in bits and pieces, in places that share alternate views about historical events. Those places are usually being ridiculed by the official side as conspiracy theories, a bunch of weirdos, etc.

Sometimes they are nothing more then conspiracy theories and weird content produced only for money-making. But sometimes there is more there, so the authors are more than ridiculed, they are getting silenced, in one way or another.

Ideals and reality are very different.

Some of my ancestors were guerrilla fighters in WW2.

One of them was 16 years old when he joined an uprising in 1941 in the Balkans (against the Italian and German occupying forces), and years later, as a kid hanging out with him and his war buddies, I got bits and pieces how all that looked.

I glued together all those bits and pieces, and found out the story about a young man, almost a kid himself, together with a whole bunch of similar kids, joined the resistance led by the Communist party against "invaders in the Motherland", hunger, fights, civilians getting slaughtered during a "100 locals will be shot for 1 dead German soldier" mandate, endless walking through woods covered in snow, etc.

I had history classes in school, but they too were kinda different from official history. Those classes told us one side was noble and the other, animals.