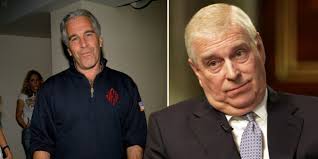 The request, made on behalf of prosecutors for the Southern District of New York would force the 60-year-old Andrew to help prosecutors investigate Epstein's accomplices - despite his previous empty offer to cooperate. The DOJ filed for "mutual legal assistance" (MLA) directly with Britain's Home Office, bypassing Buckingham Palace.

As The Sun notes, MLA requests are only used in criminal cases under a legal treaty with the UK, which if granted would formally request Andrew's attendance at the London City of Westminster Magistrates' Court for oral or written evidence under oath while DOJ lawyers question him. If he refuses, the Duke could be forced to attend by summons. That said, the evidence session could be held privately "in camera" without the public or press present.

And unlike the Queen Andrew does not enjoy sovereign immunity from prosecution. He could, however, "plead the Fifth" to avoid self-incrimination according to the report.

Last month former federal prosecutor Evan T Barr told Law.com "While the Prince would retain the right to decline to testify under the Fifth Amendment to the United States Constitution, the impact on his already diminished reputation would be considerable and an adverse inference could be drawn against him in the related civil litigations, leading to a possible default judgment."