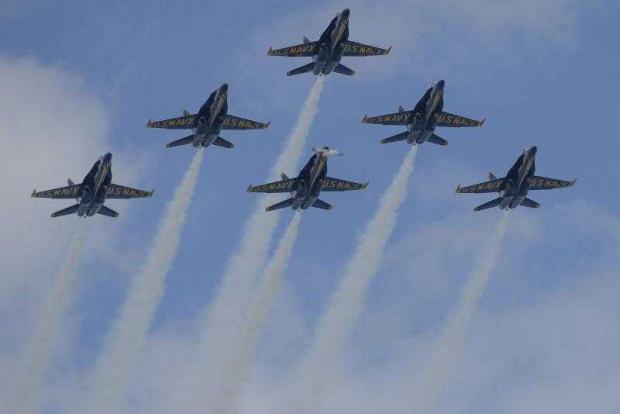 The Blue Angels have gained international fame as one of the premiere military precision flying and aerobatic teams. First formed in 1946, it's the second-oldest flight demonstration team after the Patrouille de France, which was established in 1931, and performs over 60 shows a year in various locations as part of its official mission of boosting navy morale, demonstrating US naval air power, and promoting public interest in aviation.

To this will now be added the Super Hornets, which Boeing will convert at its Cecil Field facility in Jacksonville, Florida. Modifications include the removal of all weapon systems and related hardware, as well as the installation of an oil tank for the smoke-generation system, fuel systems to enable the fighter to fly inverted for extended periods of time, civilian-compatible navigation equipment, and cameras. In addition, the aircraft's center of gravity will be shifted to make the airframe more suitable for aerobatics, but the trademark blue and yellow paint scheme won't be added until the completion of flight testing.