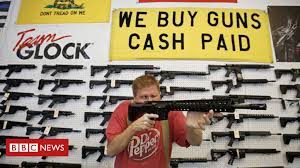 The month of May marked the third consecutive month of record sales, with more than 1.7 million guns sold, an 80% increase from 2019, according to an analysis by Small Arms Analytics & Forecasting. Jurgen Brauer, the group's chief economist, called the trend "unprecedented," according to the Washington Free Beacon.

"Firearms sales have surged in unprecedented ways. The boom in handgun sales has been particularly noticeable in recent months," Brauer stated.

According to the National Shooting Sports Foundation, the gun industry's trade group, the record-setting sales pace is mostly due to new gun owners.