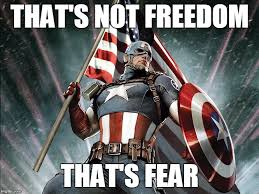 Only days ago President Trump made two landmark announcements: First, he took long-awaited action against Big Tech social media giants who have devolved from soft, creeping censorship to heavy-handed open authoritarian suppression of opinion divergent from the establishment narrative. Journalists, doctors, nurses, parents and even Trump himself have all been targeted for 'wrongspeak' by Big Tech's uninvited muzzle.

Thursday, Trump signed an executive order seeking to end Section 230 of the Communications Decency Act, a law passed by Congress in 1996 which gave sweeping legal immunity social media companies and other online sites against an avalanche of lawsuits.

Trump then followed up on the 'Revoke 230' move to announce, three weeks ahead of his own self-imposed deadline, the severance of all US ties with the World Health Organization (WHO). The move now leaves Bill Gates as the top funder of the WHO, through his Gates Foundation and GAVI organizations. In other words, this surely signals zero chance the WHO will ever see answers to global health problems beyond injectable product lines.

Analysis and focus of both Trump's moves were quickly acknowledged, then cast aside, by widespread riots and civil unrest, which continues to unfold and escalate in most major American cities.

America as we once knew it is in critical condition. Beyond the actual fires which burn in cities across America at this moment, fires symbolic of societal breakdown have broken out demanding attention both here and around the world.

A study of stress, anxiety, and depression levels in the initial stage of the COVID-19 outbreak in Spain found that young people showed higher levels of stress than older individuals – the authors predicted symptoms to increase as the confinement continued.