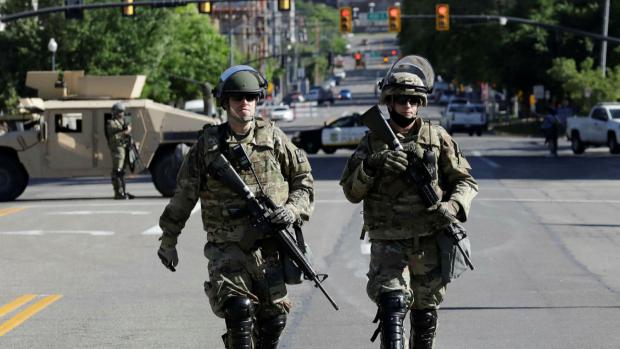 Keep in mind, after all, that not one single U.S. soldier refused President Bush's order to deploy to Iraq and to kill Iraqis, notwithstanding the fact that Congress had not declared war on Iraq, which the Constitution expressly requires before the president can legally wage war through his army.

A few days ago, the New York Times published an article about a Chinese military veteran named Jiang Lin who witnessed the massacre of protesters in Tiananmen Square in 1989. For three decades, Jiang has kept quiet about what she saw and only now, for the first time, is detailing what she witnessed.

At the time, Jiang was a lieutenant in the People's Liberation Army. She said that several military commanders were ardently opposed to using military force to stop the protests. Nonetheless, on the day of the massacre, which Jiang witnessed, the Chinese government had more than sufficient troops who were willing to obey orders to fire on the protesters.

It would be no different here in the United States. If some soldiers balked at carrying out Trump's order to fire on protesters, they would be quickly punished and replaced with ones who would willingly follow orders.

1 Comments in Response to Trump and His Standing Army

Want Trump to bring back our military people from around the world? Actively join Antifa en masse.