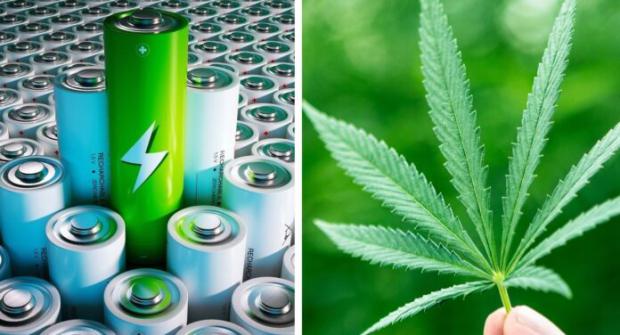 Used in the sustainable manufacture of clothing, food, and paper, as well as having huge industrial purposes, new research is now suggesting that hemp batteries are even more powerful than lithium and graphene.

Smith began by observing a Volts by Amps curve of both the hemp and lithium batteries. To his initial surprise, the power underneath the hemp cell was a value of 31 while that of the lithium cell had a value of just 4.

Smith modestly claims that he really hasn't done anything remarkable. He states that the results of the experiment simply show the performance of the hemp cell is "significantly better" than its lithium counterpart.

While this might be the first time you're hearing of hemp's ability to act as a great power source, the discovery isn't new.

In 2014, researchers in the US found that waste fibers (also known as 'shiv') from the hemp plant can be transformed into "ultrafast" super capacitors that are "better than graphene."