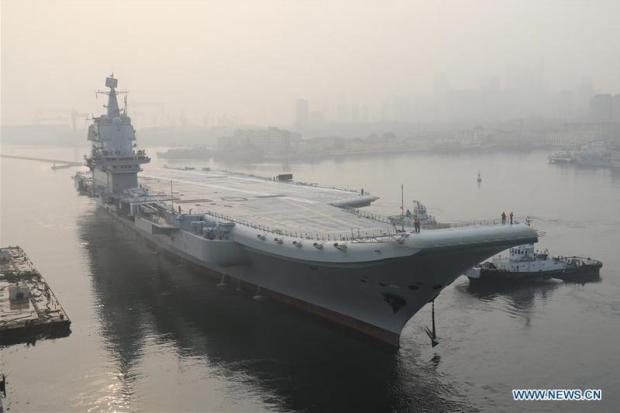 Bloomberg noted of the sea trials that Beijing and Washington are locked in an escalating tit-for-tat on multiple fronts only set to get worse, for which "there is no off ramp".

It marks the Shandong's first sea exercises since being commissioned late last year in what was a major launch ceremony attended by President Xi. The ongoing trails in an unknown location are being focused on weapons systems testing, including aircraft launch and landing.

"The purpose of this training is to test weapons and equipment efficiency, improve the aircraft carrier's training capability and further elevate its ability to carry out future missions," a PLA Navy statement said.

Interestingly, regional media has admitted its sea trial schedule had been disrupted by the coronavirus pandemic:

Normal exercises have been disrupted by the Covid-19 outbreak and this was the first time the Shandong took to sea for training exercises since it was commissioned late last year.

China's state broadcaster CCTV did not disclose the exact location of the sea trial, but a notice from the Dalian Maritime Safety Administration said it was in the northern part of the Yellow Sea.