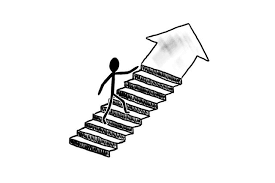 I remember when there was no tamper-proof and child-proof packaging.  That was before multiculturalism and Identity Politics when we could still trust one another and parents accepted responsibility for their children without fobbing it off on a company with a liability claim.

I remember also when there were no state income and sales taxes.  States were able to meet their responsibilities without them.

The air museum on the naval base in Pensacola, Florida, has a street reconstructed from the 1940s. The restaurant's memu offers a complete evening meal for 69 cents.

I was thinking about that as I reviewed a recent Publix supermarket bill:  a loaf of bread $3.89, a dozen organic eggs $4.95, a package of 6 hot dogs $5.49, 8 small tomatos $5.19, a package of baby spinach $4.19, a half gallon of milk $4.59, a package of two paper towel rolls $5.99.  When I was 5 or 6 years old, my mother would send me to the bakery with a dime for a loaf of bread or to the market with 11 cents for a quart of milk. The Saturday afternoon double-feature at the movie house was 10 cents.  A case of Coca-Colas (24 bottles) was one dollar. Ten cents would get you a Pepsi Cola and a Moon Pie, lunch for construction crews. Kids would look for discarded Pepsi Cola bottles on construction sites. In those days there was a two cent deposit on soft drink bottles. One bottle was worth 4 pieces of Double Bubble gum.  Five bottles paid for the Saturday double-feature.

Dimes, quarters, and half dollars were silver, and there were silver dollars. The nickle (five cent coin) was nickle, and the penny was copper. FDR took gold away in 1933. The silver coins disappeared in 1965.  Our last commodity money, the copper penny, met its demise in 1983.  Now they are talking about getting rid of the penny altogether.

Many of us grew up with paper routes for spending money.  Other than a paper route, my first employment was the high school summer when I worked the first shift in a cotton mill for $1 an hour.  And work it was.  After the withholding tax my takehome pay for the 40 hour week was $33.

When I was five years old I could walk safely one mile to school and home by myself without my parents being arrested by Child Protective Services for child neglect and endangerment.