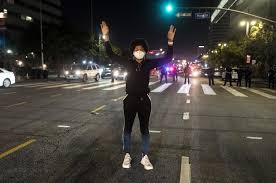 I didn't feel well Tuesday. My body was tense, my stomach unsettled, the headache I was trying to push past kept pushing back. On most days I choose to be numb. Tuesday, I decided to feel. I recognize for some the video of George Floyd's fatal encounter with four Minneapolis police officers is shocking. For me, it was not. I may not always choose to feel, but I am always aware. I learned early on that I didn't have the luxury of not being aware.

I was 12 when an officer placed his gun to the back of my head while his knee rested in the center of my back. I had been sent to the store to buy a gallon of milk. I came home with trauma. As the officer placed me in handcuffs, he said I looked like a burglary suspect he was searching for.

I was told something similar in my 20s, a full-time reporter fresh out of graduate school, after I was pulled over and placed in handcuffs. The officer asked what I was doing in the neighborhood. When I told him I lived in it, he asked what I did to be able to afford to live there.

In my 30s, shortly after moving in with my now-husband, Steve, in his predominantly white Michigan suburb, I was pulled over and placed in handcuffs. Another officer telling me he thought I "looked like someone."

Six years ago, now in my 40s and on assignment for CNN during the Ferguson uprising outside St. Louis, I was pulled over yet again for looking like someone.

And those are just a fraction of the times I've been pulled over for looking like someone.

So, yeah, on most days I choose to be numb just to survive. 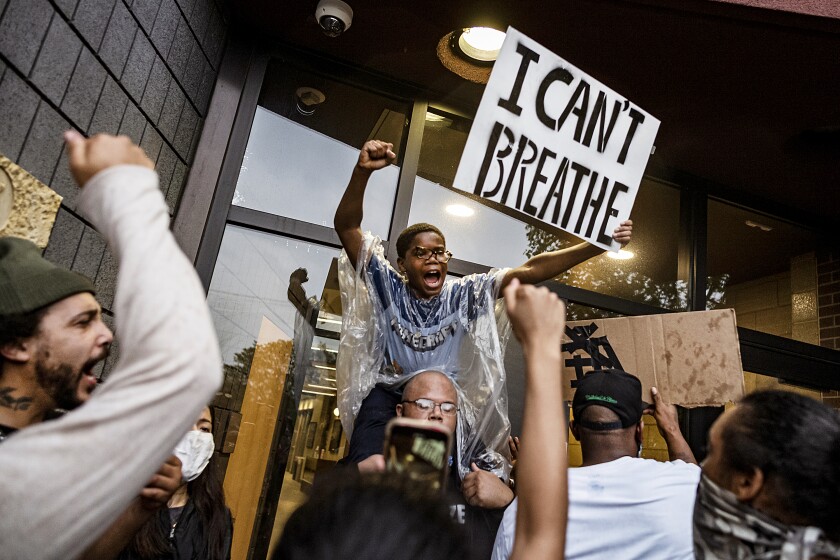 Which is why I understand the need to avoid watching fatal moments captured on camera. Sympathy should not be confused with empathy, which reaches deeper and strips away all of the safeguards protecting suppressed memories and emotions. It leaves your soul raw. It's difficult to survive with a wounded and unprotected heart. Tuesday, however, I allowed myself to feel because simply surviving isn't always enough. Not if you want to live. For a while pain brings discomfort; it is also the indication that something is wrong. When you're numb, you can trick yourself into believing things are better than what they really are.

For those of you who are tired of reading about racism, trust me when I say this — I'm tired of writing about it.

I'm tired of our humanity slowly being bled out from micro-aggressive encounters slicing at our collective psyche. Social media may give the impression that incidents like the Central Park encounter between avid birdwatcher Christian Cooper and Amy Cooper — the woman who put his life in danger by falsely telling police he was threatening her life — are recent developments, but they are not. It's just that 14-year-old Emmett Till didn't have a smartphone back in 1955, when he was lynched after Carolyn Bryant falsely claimed he made a pass a her.

For those of you who are tired of reading about racism, trust me when I say this— I'm tired of writing about it.

In a 2018 encounter, another white woman, Teresa Klein, falsely told police a 9-year-old black boy sexually assaulted her. That accusation is sadly similar to the circumstances surrounding the execution of George Stinney Jr., the 14-year-old black boy who was put to death in 1944 after being falsely accused of killing two school-aged white girls.