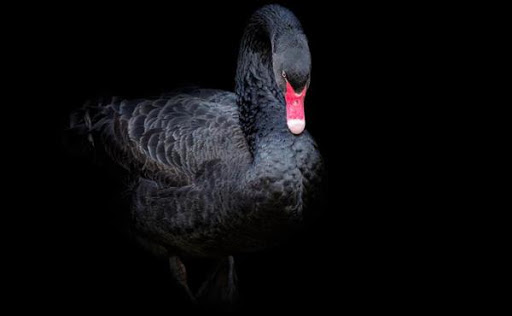 For years, I have been warning that during the age of permanent stimulus (which began in earnest with the Federal Reserve's reaction to the dotcom crash of 2000), each successive economic contraction would have to be met with ever larger, increasingly ineffective, doses of monetary and fiscal stimulus to keep the economy from spiraling into depression. I have also said that the enormity of the asset price gains over the last 10 years had increased the danger because reflating the bloated stock, real estate, and public and private debt markets would bring on doses of stimulus that could prove lethal for the economy. But even though I expected that the next financial crisis would be catastrophic, I thought that it would come into the world in the usual way, as a credit crisis triggered by over-leverage. But the Coronavirus ripped up those stage notes, and instead ushered in a threat that is faster and deeper than I imagined, and I imagined a lot. It's a perfect storm, a black swan with teeth.

Even in my most pessimistic assessments, I did not expect that so many seemingly distant sectors of the economy would simultaneously evaporate, almost overnight, or that government deficits would expand to nearly $4 trillion in the first wave of the crisis, or that the Federal Reserve would so suddenly launch its largest-ever experiment in quantitative easing, (with almost none of the forward guidance they have used to telegraph lesser moves), which would expand its balance sheet by more than $3 trillion in a matter of just a few months. Nor did I expect that at its outset the Fed's new buying plan would include, for the first time, corporate bonds and high yield debt ETFs. (I thought those expansions would come eventually, not immediately.)

To make matters even worse, the crisis has struck in the midst of a presidential election year, which guarantees that every policy decision has been made through a political prism. Democrats are seizing on the crisis to paint the Trump Administration as incompetent, ineffective and uncaring, often twisting themselves into knots to do so. (Trump has done himself no favors by using his daily briefings to showcase his inconsistent policy positions, combative political style, and his tenuous grasp of medical concepts.) So, in contrast to prior national crises that had tended to pull the country together (think 9/11), this event is tearing us apart.

But there is one thing upon which both sides seem to agree: the need for the Federal government to shower the economy with newly created money, bail out everyone who can claim that the virus "was not their fault," and to fully liquefy the financial markets. The result has been an increase in government spending that dwarfs everything we have ever seen in the past, including the government's response to the 2008 financial crisis. The $3 trillion increase in Federal debt accumulated this spring may just be the beginning.