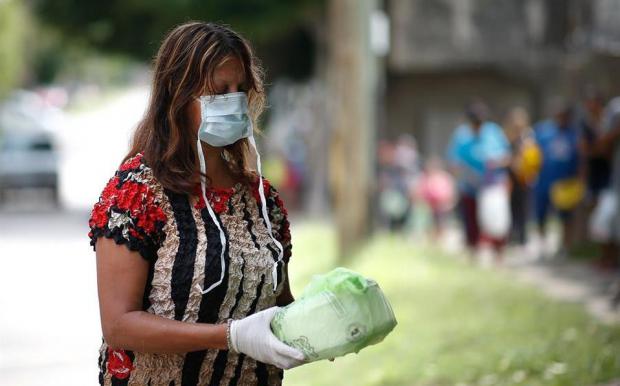 In San Luis Potosí, a city in central Mexico, some people believe the coronavirus is an invention by the government. They are sharing memes, videos and recordings with misinformation, in which people tell you that in the hospitals they drain the fluid from your knees and planes spray the city with the virus at night.

At the same time, it is very hard for people to stop working and self-isolate as they are being asked to do. In the brick-making factories in the working-class areas on the periphery of the city, workers don't have the money to protect themselves. There is no antibacterial gel, there are no face masks and there is no safe distancing. The prevailing attitude is: "The virus will strike who it strikes."

Those who do believe in the existence of the virus, and how lethal it is, have responded by attacking healthcare workers instead of staying at home and protecting themselves.

This is what happened to Sandra Alemán Arellano, a nurse who was attacked physically and verbally as she went to a convenience store wearing her uniform on the night of 3 April.

Within two weeks, San Luis Potosí went from being one of the states with the lowest rates of infection, with 74 confirmed cases and eight deaths, to one with the fastest growing number of cases in Mexico, with 364 confirmed and 19 deaths, as of 13 May. This may not seem high compared to other regions passing through the peak of the pandemic, but here there is a sense that things are spiralling out of control.