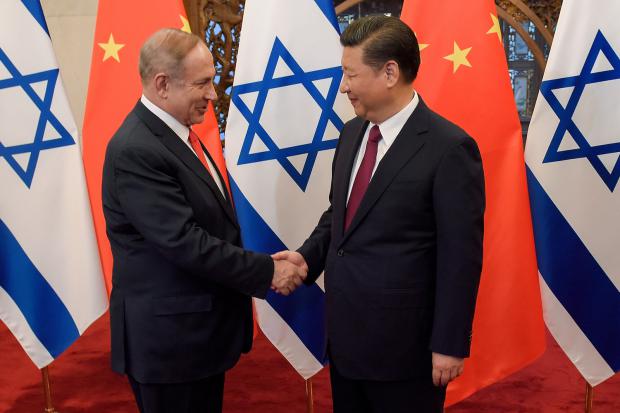 Since President Trump fired the first volley in the US-China trade war two years ago, tensions between the US and China have intensified to unprecedented levels, and the prospect of an armed confrontation between the world's two largest military and economic powers is becoming a tail risk worth considering, according to Wall Street luminaries like David Tepper.

Around that time, the State Department launched a quiet campaign to pressure America's allies, including the UK, Germany and Australia, to prohibit parts made by telecoms giant Huawei in their 5G networks, as evidence of "backdoors" in other Huawei products, and Chinese companies are often required to cooperate with state intelligence agencies. For what it's worth, Huawei has persistently denied cooperating with Beijing, and has offered to sign a "no spying" pledge. When the UK decided to allow some Huawei equipment in certain "non-essential" parts of the UK 5G network, he received a dressing-down from Trump.

Since the advent of the coronavirus, these tensions have flared to such a degree that one analyst predicted that the post-COVID-19 era would be characterized by a "super-cold war" with China. And in a report published by the Jerusalem Post on Wednesday, the paper sheds light on the behind-the-scenes pressure campaign by US Ambassador David Friedman and the State Department to push Israel and PM Benjamin Netanyahu to cut more economic ties with China, particularly ties related to 'critical' industries like tech and biotech.

Specifically, the US wants Israel to establish a "more comprehensive" review of incoming Chinese investment, particularly in these industries. But it's not just new deals that the US is concerned with; rather, an anonymous official told an Israeli diplomat that they would like to see Israel "go further" with a "reduction of entanglements overall".