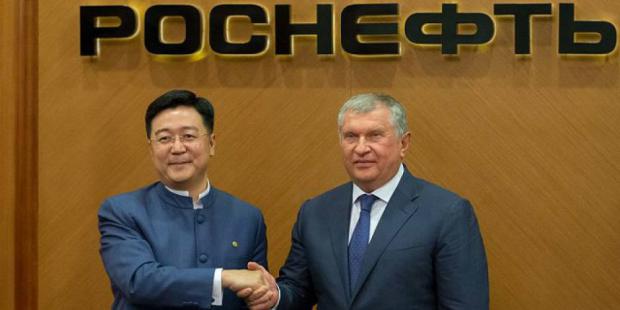 Vladimir Putin has isolated himself in his near-Moscow residence for almost two months. On Tuesday this week, he made a rare appearance in a real one-to-one meeting with near associate Igor Sechin, leader of state oil company Rosneft.

The two men have been close friends since the 1990s. It was Putin that appointed Sechin, his former deputy prime minister, to the post as oil company leader in 2012. Since then, Rosneft has consolidated its position as the country's most powerful company and embarked on a series of highly ambitious projects in the Arctic.

In Tuesday's meeting, Putin appeared highly attentive towards Sechin's proposed ways to overcome the oil crisis and ready to offer his best of assistance.

"What can we do to support you and preserve your investments?" the president asked. "What do you consider to be the most relevant kind of support from the state?" he went on.

Igor Sechin had his list of requests ready. The powerful oil company leader wanted Putin to arrange for the provision of available bank credits, postponement of taxation on mineral exploration and a lowering of tariffs on use of state pipelines and infrastructure.