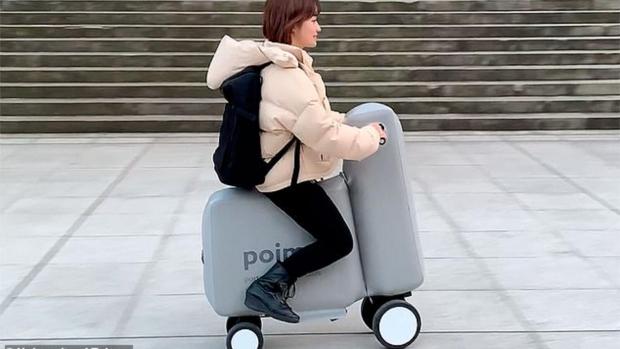 Researchers in Japan have developed a new twist on the electric bike that's small enough to carry in a backpack.

Called Poimo - short for Portable and Inflatable Mobility - the e-bike was developed by a team at the University of Tokyo, who were interested in more efficient ways to handle short and medium distance transportation.

They decided to focus on a design for a collapsible, lightweight e-bike that people could carry with them on public transportation and use for what they call 'one-mile mobility.'

This could include traveling to locations that aren't close to public transportation routes or moving between neighborhoods that don't have any direct bus or train connections.

Poimo is built around an inflatable rectangular fabric frame made from thermoplastic polyurethane (TPU) fabric, according to a report in Spectrum.

The bike comes with a small electric pump that can fully inflate the frame in around a minute, reaching a pressure of between six and seven pounds per square inch, half of what a soccer ball would be.