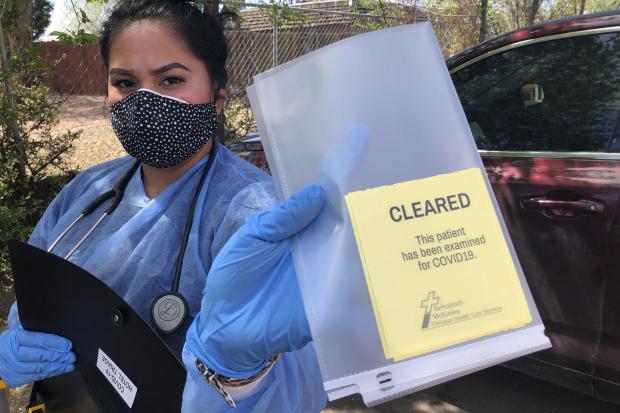 "The things we were worried would happen are happening."—Angus Johnston, professor at the City University of New York

Now there's talk of mass testing for COVID-19 antibodies, screening checkpoints, contact tracing, immunity passports to allow those who have recovered from the virus to move around more freely, and snitch tip lines for reporting "rule breakers" to the authorities.

If you can't read the writing on the wall, you need to pay better attention.

These may seem like small, necessary steps in the war against the COVID-19 virus, but they're only necessary to the police state in its efforts to further undermine the Constitution, extend its control over the populace, and feed its insatiable appetite for ever-greater powers.

Nothing is ever as simple as the government claims it is.

Whatever dangerous practices you allow the government to carry out now—whether it's in the name of national security or protecting America's borders or making America healthy again—rest assured, these same practices can and will be used against you when the government decides to set its sights on you.

The war on drugs turned out to be a war on the American people, waged with SWAT teams and militarized police.

The war on terror turned out to be a war on the American people, waged with warrantless surveillance and indefinite detention.

The war on immigration turned out to be a war on the American people, waged with roving government agents demanding "papers, please."