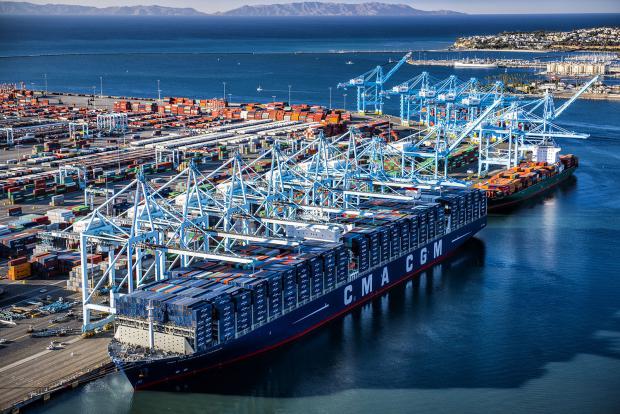 "But the story is much greater than that," said Port of LA Executive Director Gene Seroka of the coronavirus pandemic.

"So many folks now are seeing the impacts, whether it be on quarterly earnings announcements, their decisions on personnel, what we see in the knock-on effects across the industry."

Seroka lived in China during the severe acute respiratory syndrome (SARS) epidemic. "I know firsthand what it is like to live through a viral episode such as we are in right now, but this may be 10 or 15 times greater than what I witnessed back in 2002 and '03," he said during a video press conference.

"The number of folks who have fallen ill, those who have perished, the closure of businesses, the closure of the United States economy throughout its 50 states in this union is something we have never witnessed before in our lifetimes. The levels of unemployment, the creation of funding from the United States Treasury, the federal government all the way down to the taxpayer is of epic level. The cost or price tag for SARS was estimated by economists at $40 billion U.S. during that time. This will be 10 to 15 times greater across the supply chain and its parallel businesses," he said.