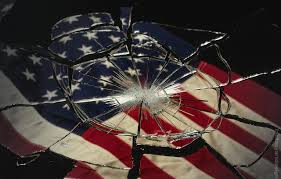 As the journalist Fintan O'Toole noted recently in the Irish Times:

"Over more than two centuries, the United States has stirred a very wide range of feelings in the rest of the world: love and hatred, fear and hope, envy and contempt, awe and anger. But there is one emotion that has never been directed towards the U.S. until now: pity."

Quite right. But how and why did this pitiable condition come about? Is it all Donald Trump's fault as so many now assume? Or did the process begin earlier?

The answer for any serious student of imperial politics is the latter. Indeed, a fascinating email suggests that the tipping point occurred in early to mid-2014, long before Trump set foot in the Oval Office.

Sent from U.S. General Wesley Clark to Philip Breedlove, Clark's successor as NATO commander in Europe, the email is dated Apr. 12, 2014, and concerns events in the Ukraine that had recently begun spinning out of control. A few weeks earlier, the Obama administration had been on top of the world thanks to a nationalist insurrection in Kiev that had chased out a mildly pro-Russian president named Viktor Yanukovych. Champagne glasses were no doubt clinking in Washington now that the Ukraine was solidly in the western camp.