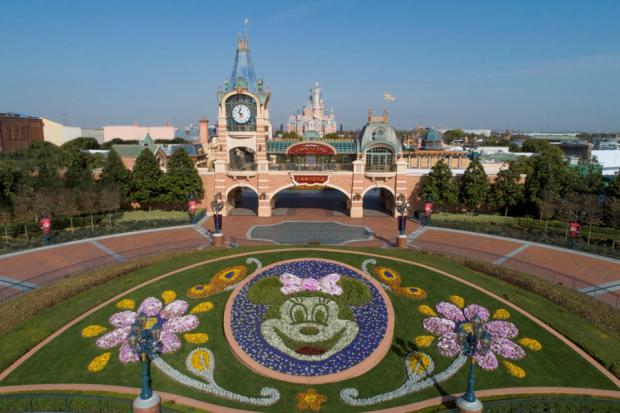 But to say this response is largely based on wishful thinking wouldn't quite do it justice.

On Monday, Disney reopened Shanghai Disneyland for the first time in the three months since the pandemic closed most of China. However, even as the Shanghai park becomes the only major Disney theme park in operation around the world, strict public health rules imposed by local party officials means the park "will now restrict visitor numbers to 20% of daily capacity, or about 16,000 people - far below a level initially requested by the Chinese government," reported Reuters.

It also means that visitors will be subjected to a battery of temperature checks, and constant nagging by park employees to observe social distancing rules like remaining 6 feet apart.

Disney scrapped all parades and fireworks, replacing those activities with an evening projection show. The park also shut down all interactive children's play areas and indoor live shows.

Andrew Bolstein, the park's senior vice-president of operations, said most of the rides are open along with restaurants. He added that more attractions and shops would come online, but that will depend on government regulations.

Zhang Zhongyu, 29, a patron interviewed by Reuters, described the experiencing as being a little disappointing.