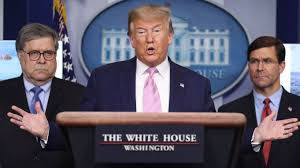 Except, it wasn't 'inadvertently cutting short anything. It was clear propaganda.

In the original clip, CBS News' Catherine Herridge asks Barr how history would judge the DOJ's decision - to which Barr responds "Well, history is written by the winners, so it largely depends on who's writing the history.

Todd cuts the clip off there, and says that he was "struck by the cynicism of the answer -- it's a correct answer, but he's the attorney general. He didn't make the case that he was upholding the rule of law. He was almost admitting that, yeah, this was a political job."

"I think a fair history would say it was a good decision because it upheld the rule of law," said the AG, adding "It upheld the standards of the Department of Justice, and it undid what was an injustice."

In other words, Todd literally stole Barr's line about 'upholding the rule of law' and flipped it around in a case of blatant propaganda.