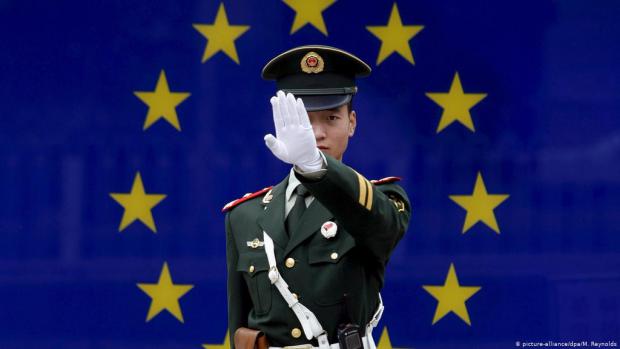 The letter, co-written by the bloc's 27 ambassadors, was published in China's English-language newspaper China Daily on Tuesday. However, the EU agreed to allow censors to remove the sentence, which stated "But the outbreak of the coronavirus, in China, and its subsequent spread to the rest of the world over the past three months…"

"China has state-controlled media. There is censorship, that's a fact," EU foreign affairs spokesperson Virginie Battu-Henriksson told reporters in an attempt to justify bowing to the Chinese censors.

Henriksson suggested that the EU reluctantly agreed to the amendment because it was better than not being able to communicate with a Chinese audience on 'key EU issues', including climate change, human rights and the pandemic response.

It is the second time in the space of two weeks that the EU has rolled over for Chinese censorship, having previously softened criticism of the communist regime in a report documenting how governments have pushed "disinformation" about the coronavirus pandemic.

The EU then "diluted the focus on China, a vital trading partner."