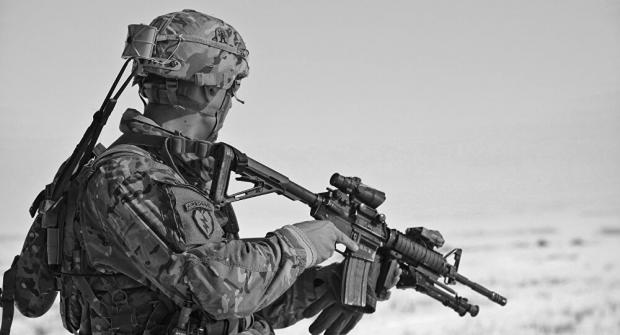 At that time, Nixon was selling himself as a peacemaker, promising to withdraw U.S. troops from the Vietnam War. But after the sixth time that Nixon watched the movie "Patton," he was overwhelmed by martial fervor and could not resist sending U.S. troops crashing into another nation.

Presidents had announced military action prior to Nixon's Cambodia surprise but there was a surreal element to Nixon's declaration that helped launch a new era of presidential grandstanding. Ever since then, presidents have routinely gone on television to announce foreign attacks that almost always provoke widespread applause—at least initially.

Back in 1970, congressional Democrats were outraged and denounced Nixon for launching an illegal war. In his televised speech, Nixon also warned that "the forces of totalitarianism and anarchy will threaten free nations and free institutions throughout the world." Four days after Nixon's speech, Ohio National Guard troops suppressed the anarchist threat by gunning down thirteen antiwar protestors and bystanders on the campus of Kent State University, leaving four students dead.

Three years after Nixon's surprise invasion, Congress passed the War Powers Act which required the president to get authorization from Congress after committing U.S. troops to any combat situation that lasted more than 60 days. Congress was seeking to check out-of-control presidential war-making. But the law has failed to deter U.S. attacks abroad in the subsequent decades.