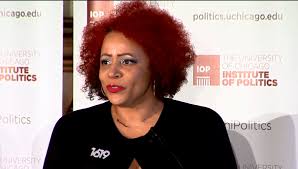 Filled with inaccuracies, it was called out by historians across political lines.

"The 1619 Project" was fully intended to be a completely new way of looking into our well-established history as a nation," the website stated, adding, "It aims to reframe this country's history.''

And that it does. It's an emotional, anti-American product of the angry left. It distorts history and guarantees you won't like America when they're done with you.

History is supposed to go where the facts take us, correcting imbalances along the way, but it's not intended to become a monument to an ideology as Howard Zinn once did. Then it becomes propaganda.