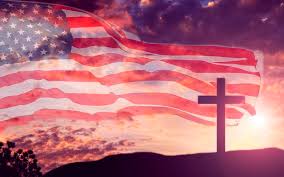 Tom Holland has written a book: Dominion: How the Christian Revolution Remade the World.  At some point, I will read this book and write something about it; I have heard enough from him in interviews that the book seems very worthwhile.

This post is based on one of these interviews, conducted by Glen Scrivener.  Glen Scrivener is an ordained minister and evangelist.  My following notes pick up at the 29-minute mark; however, the entire interview is worth listening to.

GS: There are many humanists who say Christianity played a part in Western liberal values, but even without Jesus Christ we would have got to where we are.

TH: (chuckling) No.  and it's so odd because it tends to be people who valorize science and Darwin and the theory of evolution… [prior to Christianity] there is nothing at all about the emergence of the qualities or the values or the teaching of Christianity at all.

I don't recall if it was earlier in this interview, or in another interview with Holland, but Holland describes the Roman world into which Christianity was born.  Anyone not a male Roman citizen demanding any sort of rights would be sent to death.  Any male Roman citizen had the right to have sex with anyone of any age in any orifice of his choosing.  Things like this.

All of this was considered right, and good.  It was only in Christianity where the slaves were given equal dignity in God's eyes, where women had the same rights in marriage and sex as men.

GS: You cannot get these from other sources?

TH: If you want a sense of what the world might have looked like without Christianity you can look at India, where you have very rich philosophical tradition, a very rich tradition of worshipping gods, you don't have something that emerges and wipes that out.

Certainly Christian-like values did not emerge from India.

What Are The Judeo-Christian Principles?