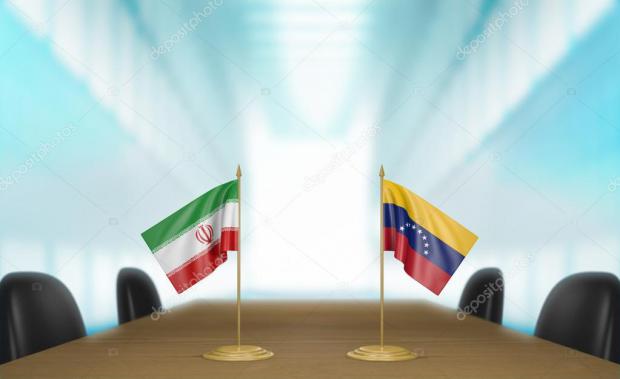 Late last week it was revealed Venezuela received a huge boost in the form of oil refinery materials and chemicals to fix the catalytic cracking unit at the 310,000 barrels-per-day Cardon refinery, essential to the nation's gas supply.

This as a fuel and food shortage crisis has driven protests and clashes with police, especially in hard-hit rural areas, over the past month.

"Thanks to the support of our allies in the Islamic Republic of Iran... We will overcome our difficulties," Erling Rojas, vice minister for refining and petrochemicals in Venezuela's Oil Ministry, stated when the much-needed refinery parts arrived last Thursday.

He further underscored in colorfully provocative rhetoric that Iran's support is "driving the gringos in the White House crazy."

It's expected such sanctions-busting cooperation will continue between the two countries, as there's also been an uptick in planes flying directly between capitals, as Reuters reported:

Planes flying from Tehran landed at the Las Piedras airport on the Paraguana peninsula in western Venezuela, where Cardon is located, on Wednesday and Thursday, according to data on flight-tracking service FlightRadar24 reviewed by Reuters. The planes were operated by private Iranian airline Mahan Air.

Washington imposed sanctions on Mahan Air in 2011, saying it provided financial and other support to Iran's Islamic Revolutionary Guards.