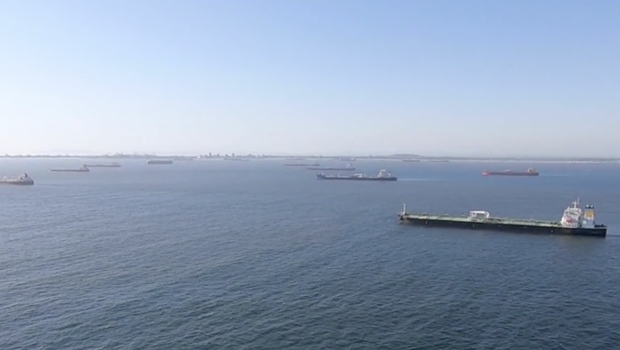 Back in the late fall of 2014, when Saudi Arabia broke up OPEC for the first time and unleashed a torrent of crude oil on the world despite the protests of its fellow cartel members, oil prices crashed as a result of what then seemed to be a "calculated" move by Riyadh which hoped to put US shale out of business amid a flawed gamble betting that shale breakeven prices were around $60-80. They, however, turned out to be much lower, which coupled with Saudi misreading of the willingness of junk bond investors to keep funding US shale producers, meant that despite a 3 years stretch of low oil prices, US shale emerged stronger than ever before, with the US eventually eclipsing both Saudi Arabia and Russia as the world's biggest crude oil producer.

Fast forward to March 2020, when Saudi Arabia doubled down in its attempt to crush shale, only to avoid angering long-time ally Donald Trump, the Crown Prince pretended that the latest flood of oil was an oil price war aimed at Moscow not Midland. And this time, unlike 2014, with the benefit of the global economic shutdown resulting from the coronavirus pandemic, the Saudis may have finally lucked out in the ongoing crusade against US oil, because as Bloomberg writes with "negative oil prices, ships dawdling at sea with unwanted cargoes, and traders getting creative about where to stash oil", the next chapter in the oil crisis is now inevitable: "great swathes of the petroleum industry are about to start shutting down."

As the recent OPEC summit so vividly demonstrated, the marginal price of oil is no longer determined by supply or cuts thereof (such as the recently announced agreement by OPEC+ for a 9.7mmb/d output cut), but rather by demand, or the lack thereof, which according to some estimate is as much as 36mmb/d lower, or roughly a third of the global oil market every day, as billions of people are stuck at home instead of driving, while major corporations mothball production in a world where major economies have ground to a halt.