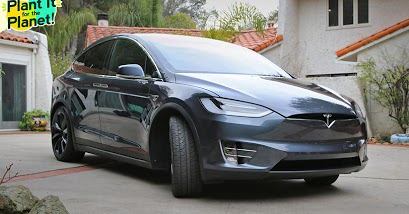 But not this one. That's because it has a silent electric powertrain and zero emissions.

It's a one-off creation by Ford called the Mustang Cobra Jet 1400. It's no slouch - capable of hitting a top speed of 170mph and completing a quarter-mile sprint in a mere eight seconds. And no, it doesn't need a 400-metre-long extension cable to do it.

Ford released images of its first factory-developed EV dragster prototype this week, confirming the Cobra 1400 produces a massive - you guessed it - 1,400 horsepower.

It comes ahead of the showroom arrival of the American firm's all-electric Mustang Mach-E SUV, which is due to be priced from £40,270 in the UK.

The entry-spec family wagon promises a 'target range' of 280 miles from its 76kWh battery and puts out 254bhp. The pricier extended-range version is a £9,730 premium, which pays for a 99kWh battery pack for a 370-mile quoted range and a power output of 281bhp - that's a fifth of the deranged - but super green - Jet 1400 dragster.