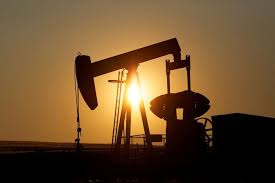 According to Sankey, much of the US 4MM bpd in crude exports will be curtailed as prices fall and tanker rates soar. And with US storage roughly 50% full, and able to take another 135MM bbl more, assuming a build rate of 2MM b/d, the US can add 14MM bbl/week for 10 weeks until full.

As a result, there is a now race between filling storage and negative pricing "unless U.S. decline rates can outpace inventory builds, which we very much doubt."

We concluded our own assessment by saying that "despite its low price, oil may still have at least 100% (or more) to drop."

This was proven correct. What also proven correct, just one month later, was Sankey's apocryphal forecast when the May WTI contract crashed to negative $40 when it "suddenly" emerged that there is no place to store the hundreds of thousands of barrels of deliverable oil (held mostly by the USO ETF), something we had cautioned about... repeatedly.