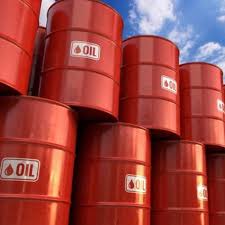 Last weekend we reported that one of Singapore's biggest and most iconic - and extremely secretive - oil traders, Hin Leong Trading, whose website reports revenue surpassed $14 billion all the way back in 2012, was on the verge of collapse as the company's banks had frozen letters of credit for the firm - a death sentence for any commodity merchant - over its ability to repay debt; as a result, the firm appointed advisers to help negotiate with banks for more time to resolve its finances.

After pointing out the perplexing lack of high-profile blow-ups in the current commodity crush (as a reminder back in 2016 when oil dropped less than it has now, the Glencores and Trafiguras of the world were this close to collapse), we explained the critical nature of L/Cs...

Letters of credit are a critical financial backstop for commodity traders, used as way of financing critical short-term trade. A bank issues the so-called L/C on behalf of the buyer as a guarantee of payment to the seller. Once the goods have exchanged hands, the buyer repays the lender.

... and said that Hin Leong had "suddenly found itself without providers of L/Cs - for reasons still not exactly known - without which it is effectively paralyzed as it needs to front cash for any transactions, something no modern commodity merchant can afford to do."