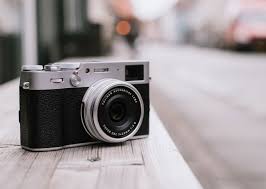 The first 3D-printed I'm Back 35 attachment was launched on Kickstarter in 2016, and followed by another version in 2018. Mello Medeiros turned his attention to vintage medium format film cameras in the middle of last year, but has now reworked the 35-mm format device and again launched a Kickstarter to fund production.

The digital back essentially gives photographers the choice to use their dusty old analog snappers as film cameras, or to go digital. This latest version sees the camera back wear a fresh new look, get a bigger (7.4-V/2,400-Ah) Sony battery, and gain the ability to fully control shutter speed and diaphragm aperture through manual mode. An auto mode is also available.

This edition is reckoned compatible with "99 percent of all 35-mm analog cameras available on the market," though dedicated covers allow for a better fit to specific film cameras. It benefits from a PCB that's been specifically designed for the new camera back, with a Sunplus V39 processor, Panasonic 34112 image sensor, external microphone, USB-C connectivity, and flash sync. The device can output RAW and JPEG format images to microSD card or over Wi-Fi via a dedicated mobile app.

The new I'm Back 35 is reported capable of snapping up to 14-megaxpixel images and up to 4K video at 30 fps. That said, the setup uses a focusing screen, bouncing it off of mirrors and eventually onto the sensor. As a result, you won't get the kind of crisp and detailed output you'd expect from a modern digital camera but "something between analog and digital."