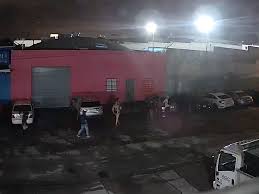 According to Herrera, the city recently began investigating an industrial building at 2266 Shafter Avenue in the Bayview. A time-lapse video provided by the city attorney's office taken from April 4-6 shows more than 150 people entering and exiting the building; San Francisco police surveilling the building saw up to 30 cars per hour parking out front and bouncers frisking people at the door.

Since March 16, night clubs, bars and other entertainment venues have been barred from holding gatherings to prevent the spread of COVID-19.

"Education is always the first step, but willfully ignoring health orders is not acceptable," Herrera said in a statement. "We are going to use every tool at our disposal, including these types of warrants, to protect public health during this pandemic. Cramming dozens of people into an illegal club during this outbreak is like dropping a lit match in the woods during fire season. Who knows how far the damage will spread? It's the epitome of irresponsibility."

On Friday, a judge signed an abatement warrant that shut the club down for operating illegally during the city's lockdown order, the first warrant of its kind to be issued in the city during the pandemic. Over the weekend, officers from SFPD's tactical unit and the Bayview Station seized "DJ equipment, two fog machines, nine gambling machines with $670 in cash inside, two pool tables, bins of liquor, cases of beer, bar furniture, and other nightclub-related items."