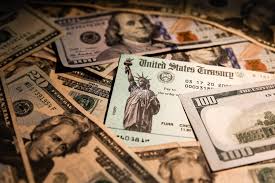 "We know many people are anxious to get their payments; we'll continue issuing them as fast as we can."

The stimulus payments are the centerpiece of the $2.2 trillion rescue package to cushion the country during a collapse in economic growth triggered by the pandemic. A much broader disruption of the payments is expected this week.

The IRS will base incomes from 2018 and 2019 tax returns to process the payments.

During the 2008 financial crisis, the government issued direct deposit stimulus payments that were distributed over three weeks, while paper checks took about ten weeks.