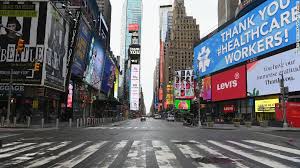 Many thousands of New Yorkers have temporarily moved into the small Massachusetts town (permanent population approximately 7,000) where I live because of fear and panic created by fraudulent disease and death data gathered and disseminated under the umbrella term Covid-19.  Such deceitful, fear-inducing news concerning diseases is old hat, but this time it's part of perhaps the biggest propaganda campaign in modern history, resulting in an unprecedented government crackdown on people's freedom, a massive transfer of trillions of public dollars to the banks and corporations, and crumbs for average Americans.  In my little town, second vacation homes, Airbnbs, room rentals, and hotel rooms are packed. It is a flight to "safety" reminiscent of the months following the attacks of September 11, 2001 and the subsequent anthrax attacks that originated from a U.S. government bioweapons laboratory.  In the years immediately following those attacks, McMansions were built throughout these hills and local houses were bought up like penny candy as New Yorkers flooded the area.  Now as then, the wealthy refugees absconding on the road of flight accept official explanations and arrange their lives accordingly. Little is learned as repetition compulsion rules and the latest terror alert has them cowering in fear, playing their parts in a theatrical production conceived by master dramatists.

Let's call it "The Operation."