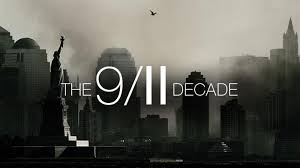 As the global pandemic grips world attention, completely unnoticed by mainstream media was the release of a final report of an academic study pertaining to another previously calamitous event of international significance.

On March 25th, the conclusion of a four year investigation by researchers at the University of Alaska Fairbanks was published which determined that the collapse of World Trade Center Building 7 on September 11th, 2001 was not caused by fire. The peer-reviewed inquiry was funded by Architects & Engineers for 9/11 Truth, a nonprofit organization composed of more than 3,000 building architects and engineers who are a signatory to the group's formal appeal calling for a new investigation into the three — not two — WTC skyscrapers destroyed on 9/11. The researchers infer that the collapse of Building 7 was actually the result of a controlled demolition:

With or without a pandemic, it is likely corporate media would have ignored the study anyway, just as they have anything that contradicts the official story of 9/11.