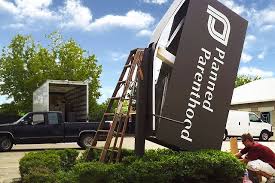 America's biggest abortion business is giving the people of central New York an extra reason to celebrate this Easter. The Planned Parenthood abortion company has announced the financial strain of the coronavirus is prompting it to close a dozen abortion facilities and abortion referral centers.

The abortion giant will also lay off just over one-quarter of its staff due to the closings, and pro-life advocates hope those employees find better jobs that don't involve killing babies in abortions.

The closures mean cities in central new York such as Rome and Oneida will finally be abortion free, and babies will no longer be killed in those towns.

Planned Parenthood of Greater New York President and CEO Laura McQuade wrote in a letter to staff Monday that financial modeling showed losses for the affiliate ranging from $20 million to $32 million for the remainder of the year, depending on how long the pandemic lasts and its impact on fundraising.

"Despite our best effort, this pandemic has put an incredible strain on our resources, and unfortunately, though not unexpectedly, the financial effects of this crisis are significant … Sadly, these losses will be catastrophic for PPGNY if we do not take steps now to reduce the financial impact on our organization," she wrote.

In a statement to the Times Union, Planned Parenthood Greater New York spokeswoman Jacquelyn Marrero said a total of 135 staff members were laid off, 111 were furloughed and 35 were given reduced hours. Reductions were not specific to any one location and impacted all departments, she said. The goal, she said, is to bring back furloughed staff once the organization stabilizes.

Centers that have closed are located in the Bronx, Glen Cove, Goshen, Hornell, Kingston, Massapequa, Monticello, Oneida, Rome, Staten Island and Watkins Glen. A mobile health center that operates out of Nassau County has also closed.