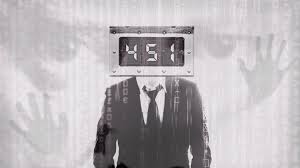 We've already seen how these systems can alter human behavior, but it's only 2019; post-post-modern humanity ain't seen nothing yet.

The Chinese government has instituted a high-tech, data vacuuming social credit score system to continuously monitor the "trustworthiness" and obedience of its 1.4 billion citizens, the full nationwide rollout of which is expected next year 2020.

Each citizen will be tracked, rated, and rewarded or punished by the government with the help of its high tech corporate partners. In Wired's article, "Inside China's Vast New Experiment in Social Ranking," the social credit system is described succinctly: "For the Chinese Communist Party, social credit is an attempt at a softer, more invisible authoritarianism. The goal is to nudge people toward behaviors ranging from energy conservation to obedience to the Party."

There will be no more personal experiences… only transactions for the social credit system.

Social credit systems monitor whether people pay bills on time, much like financial credit trackers — but also ascribe a moral dimension. This system is so much more than bill paying. It is run on continuous surveillance paired with a series of digital blacklists, more than a dozen at the national level. Other noted punishable offenses include spending too long playing video games, wasting money on frivolous purchases, or posting unapproved thoughts on social media.