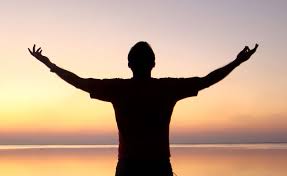 This is particularly true when the generations living at that time have been born and raised under socialist programs. When libertarians propose the repeal of these socialist programs, people get scared to death that the dole recipients are going to end up dying in the streets.

The best examples of this dependency mindset, of course, are Social Security, Medicare, and Medicaid. Since most Americans have been born and raised under these socialist programs, there is a deep-seated fear that if they were to be repealed, seniors and poor people would be thrown under the bus, just left to die of starvation and untreated illnesses in the gutters and alleys of America.

That's what socialism does. It damages people's faith in themselves, in others, in freedom, and in God. People end up placing their faith in the coercive apparatus of government because they are convinced that a society based entirely on freedom, voluntary charity, and free markets simply cannot be trusted to work.

Now, consider an article from today's New York Times entitled "To Fight Coronavirus, U.K. Asked for Some Volunteers. It Got an Army." It's about England. The government there recently asked for 250,000 volunteers to help seniors during the Coronavirus crisis. Since people have been told not to leave their homes, many of the elderly, consisting of around 1.5 million people, have no way of getting their groceries and medicines.