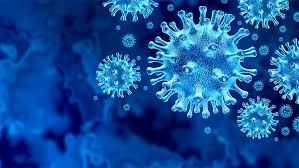 Last year I was invited to speak once again at the International Academy of Oral Medicine & Toxicology (IAOMT) Conference to be held in early March 2020 in Dallas, Texas. I had spoken at the organization's 2019 event held in Indianapolis, Indiana and it was a great success. This organization of holistic dentists is one of the finest I know, and its events are always well-attended, well-planned, and put on impeccably. This year I spoke on the topic of vaccines, government mandates, and how to resist them legally. At the time, the coronavirus pandemic was just starting to get rolling worldwide and I began my speech by complimenting the assembled dentists and dental personnel on their bravery in attending the event when so many other public events, including Expo West in Anaheim, California were being cancelled. I felt that they all deserved a medal or at least an award, but they surprised me by presenting me with an award instead.

Part of my speech was about the coronavirus. But many additional facts have come to light and much has happened since I spoke on the subject then, as the World hurls itself off the cliff into destruction far below. In a rapidly changing environment, I can only present a snapshot here of our current knowledge of the COVID-19 drama that is being enacted before our eyes. It is important that none of us are stampeded into being the obedient slaves that the massive fear-mongering campaign waged by the Deep-State media and government would have us become.

In February 2020, the World Health Organization (WHO) – never known for its accuracy or consistency – declared a "Pandemic" for the coronavirus and claimed that the mortality rate for the novel coronavirus disease now designated as COVID-19 was 3.4%, while that for the seasonal flu was 0.1%. Of course, the news media ran with those numbers and splashed scary headlines across the World stating how much more deadly this new virus was than the seasonal flu. The problem with WHO's statement, however, was that they applied two different formulas for the two viruses.