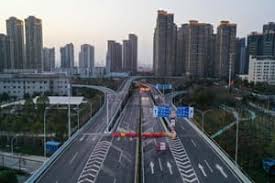 Governments have also been redirecting essential medical and related supplies in some places. In the United States, direct governmental commands for companies and industries to change what and how they produce has been declared to be in the executive hands of the president of the United States, when it is deemed necessary to meet the needs of the health crisis.

President Donald Trump's recent order for the automobile manufacturer, General Motors, to shift its production potentials to the manufacturing of ventilators for those stricken severely by the virus, under the authority of a Korean-war era piece of legislation, is merely an especially high-profile example of the central planning powers that governments have been asserting the right to implement.

Fundamental to everything that governments have been doing is the presumption that the crisis can only be handled and solved through a comprehensive system of political command and control. The chorus of voices making this case, along with their own proposals as to what should be the ingredients of "the plan," has been deafening.

John Cassidy, writing for The New Yorker (March 28, 2020), insists that "the most effective stimulus policy is doing whatever it takes to get some control over the virus's trajectory." He praised the bipartisanship of the Democrats and Republicans in successfully passing the $2 trillion spending package to "stabilize" the economy in the face of various levels of government ordering people to stop working and, therefore, to slow down or stop the flow of various goods and services from which come the streams of income dependent upon supplies being produced to meet market demands.