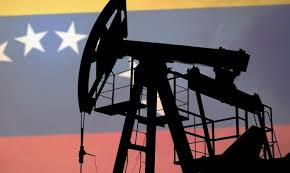 In the past weeks the Kremlin has shown it's willing to punch back as well as take drastic necessary defensive action in the face of Washington sanctions at a moment America is preoccupied and made more vulnerable by the coronavirus threat — first by dumping OPEC+ and MbS, effectively declaring war on US shale — and now by taking aggressive measures to insulate Russia's state-controlled Rosneft.

A company statement framed the move as key to protecting shareholders' interests at a moment the Trump administration ramps up pressure on Maduro and external entities still doing business with Caracas. It's been widely reported that Rosneft has explored exit options since early 2019 when Venezuelan assets continued rapidly losing money, leading to worsened current operating conditions.

"As a result of the concluded agreement all assets and trading operations of Rosneft in Venezuela and/or connected with Venezuela will be disposed of, terminated or liquidated," Rosneft said. "We took this decision in the interests of our shareholders, as a publicly traded international company," Rosneft spokesman Mikhail Leontyev further told TASS. "And we have a right to expect, indeed, that the US regulators fulfill their public promises."