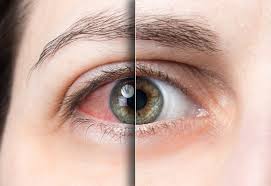 When I visited recently, before the coronavirus shut down recreational sales and forbade crowds, the crew of eight behind the glass display cases looked a lot like the staff you'd see dispensing lattes at Starbucks or troubleshooting iPads at the Genius Bar: young, racially diverse, smiling. They were all wearing black T-shirts with the INSA motto, "Uncommon Cannabis." Standing in line with me were a white-haired couple leaning on canes; a 40-something woman in a black pantsuit, who complained that the wait would be longer than her lunch break; a bald man in a tweed jacket; and a pair of women in perms and polyester discussing the virtues of a strain called Green Crack. We were all waiting at a discreet distance from the counter, as you would at the bank, for the next available "budtender."

I got Ben, who described for me the wares that fill the cases like rings and watches in a jewelry store: waxes and dabs and oils and buds and edibles, most of them, he said, processed in a lab and kitchen on the other side of the wall behind him, using weed grown on the upper three floors. He sounded a little apologetic when he told me that while he knew why the bud I was pointing to was called Peyote Critical — "It speaks a little bit to its parentage, Peyote Purple and Critical Kush" — he hadn't tried it, so he wasn't entirely sure how it would affect me.