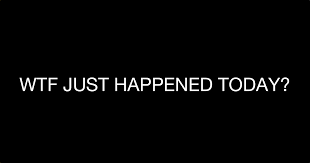 Another way is through a criminal indictment issued by a federal grand jury that deferentially accedes to the wishes of federal prosecutors.

The best example of this regime change method involved the president of Panama, Manuel Noriega.

Like many corrupt and brutal dictators around the world, Noriega was a partner and ally of the U.S. government. In fact, he was actually trained at the Pentagon's School of the Americas, which is referred to in Latin America as the School of Assassins. He later served as a paid asset of the CIA. He also served as a conduit for the U.S. government's illegal war in Nicaragua, where U.S. officials were using the Contra rebels to effect a regime change in that country.

But like other loyal pro-U.S. dictators, Noriega fell out of favor with U.S. officials, who decided they wanted him out of office and replaced with someone more to their liking.

The big problem, of course, is the one that always afflicts U.S. regime-change aspirations: Noriega refused to go voluntarily.

U.S. officials knew that it would look bad to simply invade the country and effect a regime-change operation through force of arms. Undoubtedly, they considered a state-sponsored assassination through the CIA, which specialized in that form of regime change, but for whatever reason that regime-method wasn't employed.